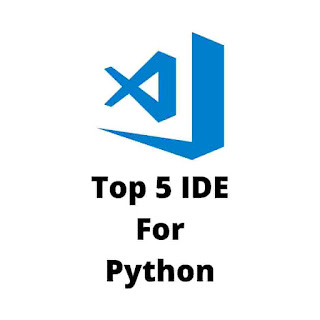 What is an IDE?

An IDE is a software that helps developers to write codes for developing applications. It has a user-friendly interface consisting of an editor and a compiler. We can write the code within the editor window and compile it using the compiler. Consequently, we will run it to see the output of the program on the output terminal.

An IDE saves the time of the developer to develop the program or application. There are so many Ide for python to develop different applications. And all have used in a particular development. So, it is necessary to know all the Ide and when to use which IDE in python.

Pycharm Ide is the best Ide for beginner, who just wants to start python and intermediate. And Pycharm is also free for all. All the students can use Pycharm for python coding. But,  in Pycharm some feature means the extra feature is paid. But, as a beginner or intermediate Pycharm free version is best and Pycharm Ide make the python journey easy and they save lots of time. And as my recommendation, Pycharm is best for beginners. And Pycharm is best for python programmers.
And it is an independent platform. It runs in all Operating System such as Windows, Mac, and Linux

Feature of the Pycharm

The minimum requirement for Pycharm IDE

Spyder Ide is a basic Ide for python programmer. There are very few features compare to other Ide. But Spyder Ide is also best for the beginners who just start the python programming. And it is lightweight, it also runs on old computers and laptops and it is so simple. Easy to navigate and it is also free, all the features are free, that's why it is best for python beginners. And yes it is best for intermediate.
And one of the best features is that variable Explorer that gives the values of all the variables that's used in the python program.

Feature of the Spyder Ide

Feature of the Notebook

Jupyterlab is one of the best Ide for the beginner as well as for intermediate. Jupyterlab is also in-browser notebook. And it is free for everyone. And its user interface is similar to the Pycharm and visual studio code. And it is best for old computers and laptops. And there are so many plugins. And these plugins also make your works so easy and there are so many third-party plugins.

Visual studio code is the stable Ide made by Microsoft. This ide is best for all programming languages. And it best for everyone who does coding or wants to do code.  and it makes your programming journey easy and amazing thing is that you do all things with the visual studio code for example web development, machine learning, app developments. this ide is all in one ide. And extension make the programming very-very easy for all programming languages. And if you also want to do work with the django framework then it is the best ide. Again this ide is all in one ide for all programmer. And it is also free for everyone and it is independent ide, it is run in all operating systems.

Feature of the Visual Studio Code

We will discuss which IDE is best for different-different work. And the feature of all IDE and we will most see the python ide. And we also compare the ide to each other.
Next Post Previous Post
No Comment
Add Comment
comment url
learn python,python tutorial